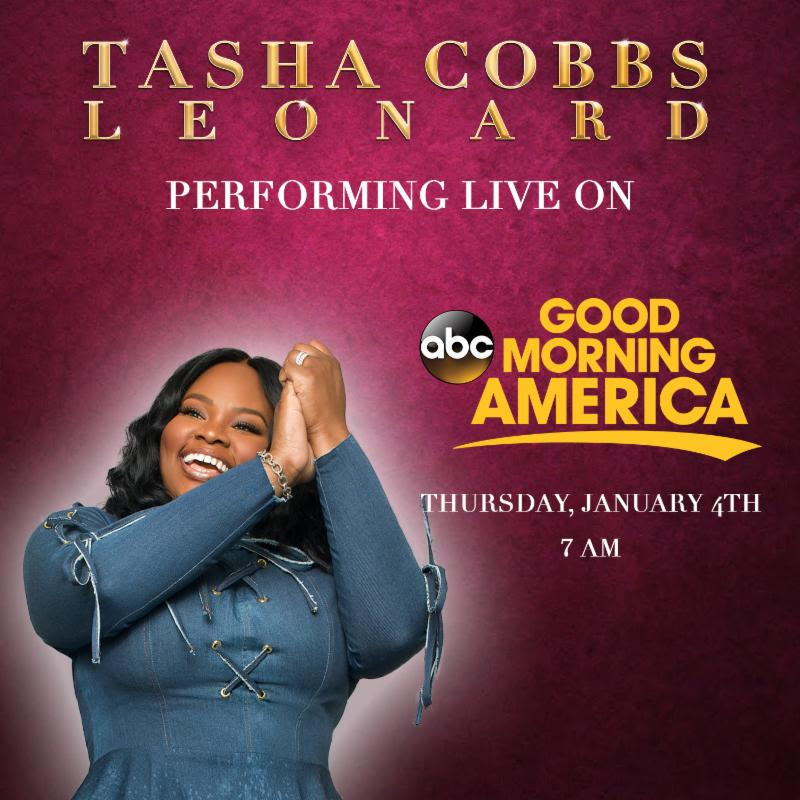 Did you miss Tasha Cobbs Leonard’s performance on “Good Morning America?” Well you’re in luck, we have it here!

Cobbs Leonard continues to celebrate the critical and consumer success of her 2017 album HEART. PASSION. PURSUIT. In addition to being the top-selling new album of the year, HEART. PASSION. PURSUIT. earned Tasha an NAACP Image Award nomination for Outstanding Gospel/Christian Album and was named #1 Top Gospel Album (Artists) on the Billboard Year-End Chart review, after only four months in the market. Cobbs Leonard was also named the Top Gospel Streaming Artist of the year, having set a record for the most streams in one week in gospel music history.