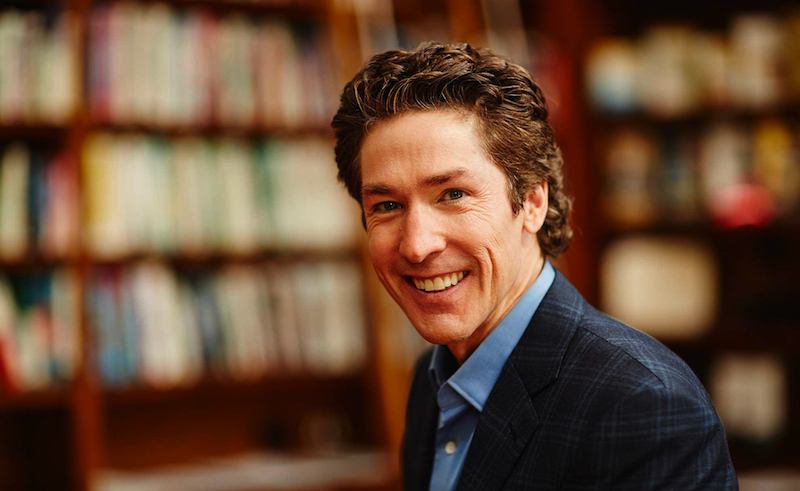 [It’s clear Pastor Joel Osteen is held to a higher standard, but is it fair?]

They didn’t want their church dirty? Was just one of the comments that poured in after Joel Osteen and Lakewood church chose not to open their doors to Houston residents after flooding displaced thousands.

It was a public relations nightmare for Joel Osteen and Lakewood church. America’s largest church that seats 14,000+ comfortably, decided not to open their doors to Houston flood victims. To make matters worse, they gave excuses that were later disproven by huge social media audiences that made it their mission to get down to the bottom of it and stream the area LIVE.

Lakewood first released a statement that made it clear that people couldn’t get to them even if they did open their doors.

Shortly after releasing that statement, major outlets like TMZ and cell phone footage from pedestrians started to virally stream online showing roads that were not flooded leading into the church, and no apparent flooding in the churches garages, and in the church itself.  Other’s combat that theory saying immediately after the first day of rains streets surrounding the old Houston Rockets basketball arena were flooded in, along with nearby neighborhoods.  By day 4 of the storm, that high water had clearly dissolved completely.

It’s also worth noting that most people had to swim through waist high water to get to Houston’s largest shelter at the George R. Brown convention center. The only way to avoid walking through the water was if you were picked up by the National Guard, or someone with a monster truck or a boat came to your rescue.

The point is, if Osteen’s doors were open to the public for shelter, people would have found a way to get there.

Small and medium-sized churches did do things to help, and did them with a kind heart. Business tycoons who made their fortunes in Houston opened their million-dollar facilities to victims. One that sticks out is Gallery Furniture owner known to Houston residents as “Mattress Mac,” who let the National Guard sleep on his brand new thousand dollar mattresses in-between rescuing people in need.  The fact that he probably couldn’t sell the mattresses after doing this gave way to the needs of the city.

Now Osteen and Lakewood, are trying hard to stop what was a trending topic for more than 6 hours on twitter and Facebook releasing the following statement:

“Our hearts are breaking as we see the images of the damage and destruction in our city and the surrounding areas from Hurricane Harvey. We are praying for everyone’s safety in Houston and Texas. As a community we can help each other get through this storm. We appreciate your prayers, both for our city and for Lakewood Church. We are working diligently with the city of Houston to mobilize our many volunteers at shelters around the city as well as various other points of need in and around the Houston area. In addition, we are working with Samaritan’s Purse on major relief efforts. In the days ahead, the needs in our city will be great and we are mobilizing even more volunteers to help those who have been devastated by this storm.

While no one could have anticipated how severe this storm would be, we are thankful for the heroic efforts of our police officers, fire department, first responders, and the many volunteers across our state. We are also thankful for the City of Houston and Harris County officials who were wise enough to prepare accordingly, both in rescue preparations and in sheltering the displaced. We are honored to support them in their efforts.”

Victoria and I believe we will all come out stronger and filled with a greater faith than before. We love you and continue to pray for all of Houston and Texas.

“Coordinating with the city, Lakewood is a collection site for distributing supplies to the Houston area shelters.  Beginning at 12 Noon tomorrow we are collecting infant and adult diapers, baby formula and baby food. Help us help others. Please bring these items to Lakewood Church, Circle Drive off Timmons St.”

Too little too late?

I personally don’t believe in bashing Osteen, but the fact is, he got called out on the carpet by social media and the millions of people it entails. From day one we were told in Houston that Hurricane Harvey was a slow moving storm that would drop more rain then the city had probably ever seen before. So Osteen’s early assessment that “Know one could have predicted” the damage is just not true. Lakewood clearly hoped to stay under the radar, and respond as needed. What the city needed was for it’s most successful church to come through for them as a leader. Now every effort following will seem forced and reactionary.

For those Christians who get mad at calling out any man of God, I’m sorry the public has spoken, and he has failed here from a public relations stand point. He knows it. BUT Lakewood’s Joel Osteen can still make an impact and the city needs all hands on deck at the moment. I personally still believe that Pastor Joel Osteen doesn’t get enough credit, but when you’re under the microscope you have to come through when your city is under a global spotlight.

For those looking to help you can assist Osteen’s efforts as well as donate to the Mayor of Houston’s relief fund at https://ghcf.org/hurricane-relief/

Joel and Lakewood do a lot of good, but this was a failure. Houston needed him to step up to the plate and lead, now he’s doing damage control. And it won’t be received the same.

Prosperity pimping in action. He got caught

[…] to open up on Tuesday afternoon when the floods hit the Saturday before in Houston. Despite evidence to the contrary America’s largest congregation says the building was not safe to house […]