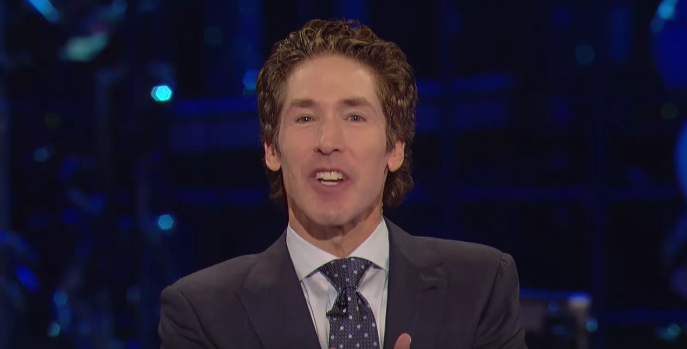 [Joel Osteen addresses his church after the Houston floods]

Joel Osteen continues to defend his church from people who he feels is trying to discredit his ministry. Pastor Osteen says to those individuals, that “They’re not that strong.”

Osteen took the heat after deciding to open up on Tuesday afternoon when the floods hit the Saturday before in Houston. Despite evidence to the contrary America’s largest congregation says the building was not safe to house victims before Tuesday.

Osteen told his congregation on the first Sunday service after the devastating floods that, “The forces that are for us are greater than the forces against us.”

Osteen says he’s at peace with his decision, and knows he did the right thing.

Later in the video, Osteen uses an analogy in the bible referencing King David and Goliath saying, “Some people are never going to like us.”

Take a look at the video below as Osteen continues to convincingly answer critics.