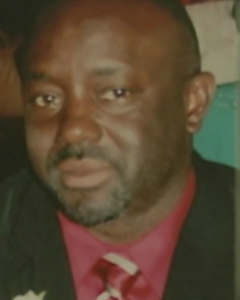 A New Orleans pastor collapsed suddenly and died in the middle of preaching a sermon at Greater Saint Mary Baptist Church in the Algiers community on Sunday after declaring to his congregation: “If the Lord called me now, I’m ready.”

Pastor Kenneth Green, 56, was preaching on the Book of Psalms in a sermon titled “Down But Not Out” and made an ironic declaration shortly before collapsing, according to church member Joan Martin.

“And then he had mentioned that if the Lord called me now ‘I’m ready to go,'” Martin told local news outlet WDSU.

The sudden death shocked the congregation and Martin burst out in tears when she saw her pastor tumble to the ground.

“He took a swallow of water, before he took water he wiped his face, and then he looked up and it looked like his eyes were rolled back, like there was no life in his eyes, and he tumbled over. Everybody was in a state of shock people were crying,” she said.

Paramedics arrived shortly after he collapsed but were unable to revive him, according to Martin.

She said Green was a kind man who was there for anyone needing prayer and served others by taking sick people to the hospital and helping the homeless.

Green buried both of Martin’s sons and was there to comfort her during her time of grieving. For that, she wants people to remember him as a man of God who died living out his purpose.

“Remember his love for God and the work he did for God, and how he tried to be everything for everybody,” she said.

Green leaves behind a wife and three children. The family is currently awaiting autopsy results.

Martin said Green did not have a known health condition and described him as “very healthy.”

Green pastored Greater St. Mary Baptist Church for 8 years. The church is part of the United Church of Algiers.