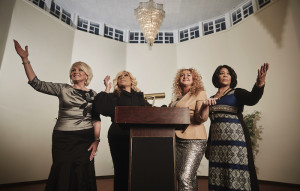 The TV network Lifetime is throwing their hat in the pool of the Christian reality show market.

A couple of early videos have been released showing what viewers can expect from the show that addresses the challenges faced by the women preachers.

In the video clip below, social media blew up with one of the preachers teaching another how to lay hands. Commenters reactions were mixed as some called it an anointing, some a mockery, with non-believers calling it a charade.

Watch the video yourself below to discern, and read the show synopsis released by Lifetime after.

Do you believe?Learning to lay hands is a very important moment for a prophetess. #Preach

Prayers are about to be answered with Lifetime’s all-new docuseries “Preach,” premiering Friday, June 5th, at 10pm ET/PT. With the religious leadership world primarily dominated by men, the show produced by CORE Media Group follows four powerful female leaders who believe God has given them the ability to heal the sick, see the future and rid people of their addictions. Known as “Prophetesses,” these women speak as the interpreter through whom the will of God is expressed. In order for their legacy to continue, they must enlist a “protégé” and teach them how to carry on their gift. These Queens of the Church each have different styles and their own special way of delivering God’s message, but all are united in their love of the Lord. 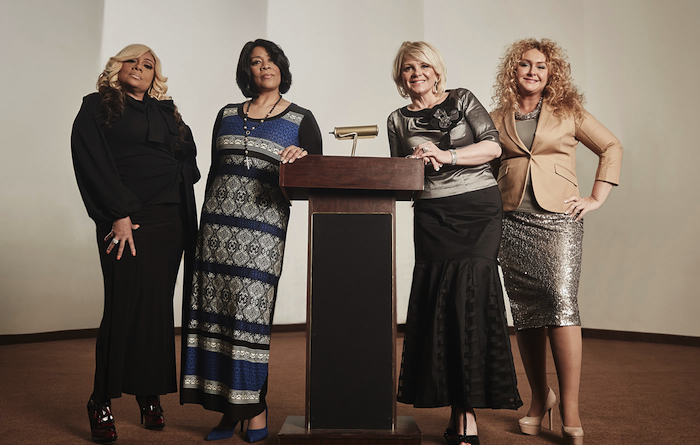 I am glad they are airing this.. GOD’S People need to be able to identify the lies as well as the truth…God will shield his believers and cover them, but I believe this show is doing exactly what it is designed to do .. EXPOSE!! So please ladies chest bump and spirit fingers and continue to use all of these shenanigans that GOD doesn’t need to get your attention. God does not need to toss you up and down an isle and knock you out all the way in a balcony and chest bump you into and audience of the lost to get to you, it can be a quiet still voice in the middle of your sleep that changes your life forever.. So I prophesy to you foolish women.. You cant humanize GOD.. You look like circus clowns everything from the make up on your faces to your MAKEUP. You will not reach nations of God’s people, you will not change lives, you will not inject your clueless made up ideologies on believers. God won’t send healing through you. How foolish you really are. Be certain of one thing God will use you ladies to identify the falseness and that alone. the money you receive from this will be filthy and used to restore the damage you have done. When Gods reveals his profits they wont come as circus acts and lifetime won’t direct who it reaches. So BOOM!!! Run and TELL THAT