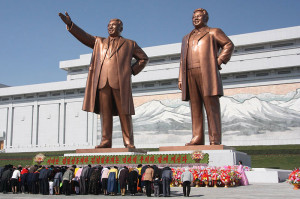 Ranked No. 1 on watchdog Open Doors’ World Watch List for 12 consecutive years as the worst persecutor of Christians on the globe, North Korea is estimated to have imprisoned between 50,000 and 70,000 Christians for failing to revere their “Dear Leader,” the title initiated by previous dictator Kim Jong-il and adopted by his successor and son Kim Jong-un, as a god.

“It is safe to say that nothing has improved for Christians since Kim Jong-un took over power,” Open Doors states in its 2014 World Watch List featuring 50 countries where persecution of Christians for religious reasons is most severe. There are an estimated 300,000 Christians in North Korea, officially known as the Democratic People’s Republic of Korea.

Open Doors adds, “The God-like worship of the rulers leaves no room for any other religion. Any reverence not concentrated on the Kim dynasty will be seen as dangerous and state-threatening. Not only will the believers themselves be punished if they are discovered, but likely also their families. Immediate family members, even if they aren’t Christians themselves, will serve a sentence in a re-education camp. Christians are sent to political labor camps, from which there is no release possible.

When not hosting basketball clinics with former NBA champs, allegedly diverting food aid from its starving populace, conducting nuclear tests, building multi-million dollar monuments, or executing “treasonous” family members in reportedly the most vicious of ways, the North Korean oppressive-paranoia machine is busy wrangling, imprisoning, and killing citizens who stray from the dictatorial demands of its Juche ideology’s “Ten Great Principles,” or commandments.

“The ‘Ten Great Principles of the Establishment of the Unitary Ideology System’ is the highest norm that governs the daily lives of North Korean people,” according to the Citizens’ Alliance for North Korean Human Rights. The principles and their 65 clauses, first conceived by the brother of DPRK founder Kim Il-sung in 1967, was officially initiated among the populace by Kim Jong-il in 1974. 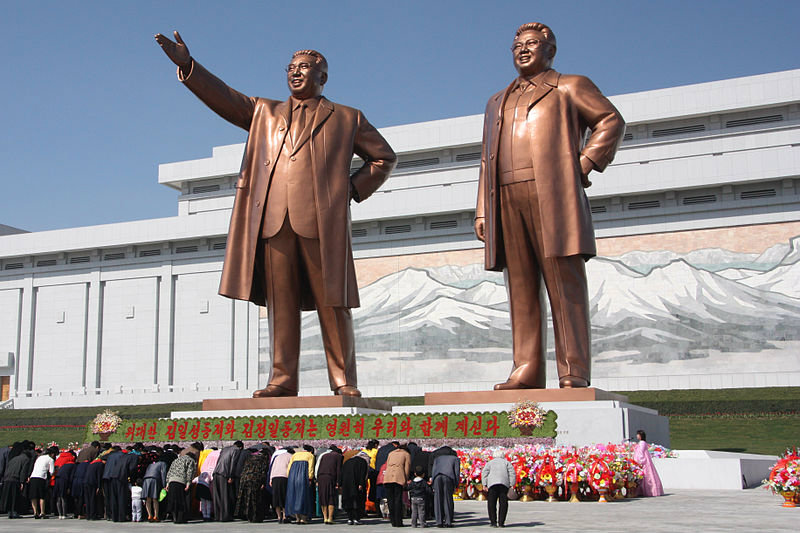 Those who fail to obey state ideology find themselves, as do their complicit or innocent family members, facing capital punishment or a tortuous life inside one of North Korea’s known six prison camps (No. 14, 15, 16, 18, 22, and 25). In Nov. 2013, there were reports that the government had publicly executed 80 people, some of them for being in possession of Bibles or watching South Korean videos.