Charles Patrick was known by many titles in his 96 years of life. Navy veteran, Army veteran, deacon, and to the Patrick family he was fittingly known as ‘the Old Goodie.’ What he wasn’t called by many is a civil rights pioneer…At least until recently, when in 2010 his story was meticulously told by his youngest daughter Mignette Patrick Dorsey in the book, Speak Truth to Power: The Story of Charles Patrick, a Civil Rights Pioneer (University of Alabama Press).

Patrick is considered one of the early pioneers in the struggle for civil rights in the South. Beaten mercilessly by two white Birmingham police officers in 1954, he was not only acquitted of false charges of disorderly conduct, but he also pursued the officers in court, winning their dismissal from the force. White and black citizens joined the white-owned press in 1954 and 1955 demanding the firing of the police officers — a first for that time. He preceded both Rosa Parks and Dr. Martin Luther King, Jr., and is credited with unwittingly providing emerging civil rights activists a platform upon which to demand equal treatment under the law.

Charles Patrick received the “Open Door Award” from the April 4th Foundation, established to mark the assassination of Dr. Martin Luther King, Jr. and awarded to individuals who have made unprecedented contributions in the furtherance of civil rights.

In honor of his contributions to the civil liberties of all United States citizens, Congresswoman Sheila Jackson Lee presented a resolution for placement in the U.S. Congressional Record. She also presented his widow, Rutha Patrick, with a Capitol flag. 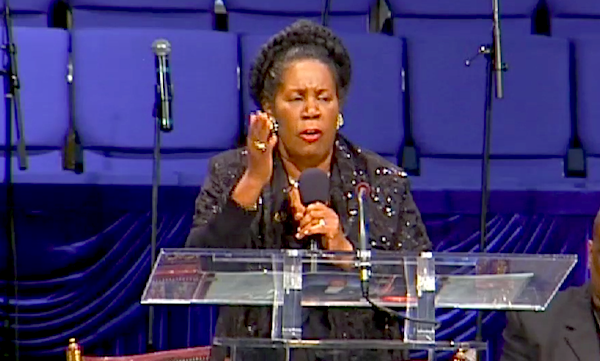 A Christian, Charles Patrick instilled in his family of 12 children (including 3 who are deceased) the love and belief in the Savior Jesus Christ. He took them to church every Sunday to attend Sunday-school without fail. Of the 12 children he fathered, four would become Pastors. Mega-Church Pastor Gregg Patrick (Houston, TX), Pastor Larry Patrick (Houston, TX), Pastor Charles Patrick (Los Angeles, CA), and Bishop Frederick P. Simmons (Cincinnati, OH), along with one grandchild Pastor Parris Patrick also of Houston, who is continuing the pastoral legacy onto the next generation. 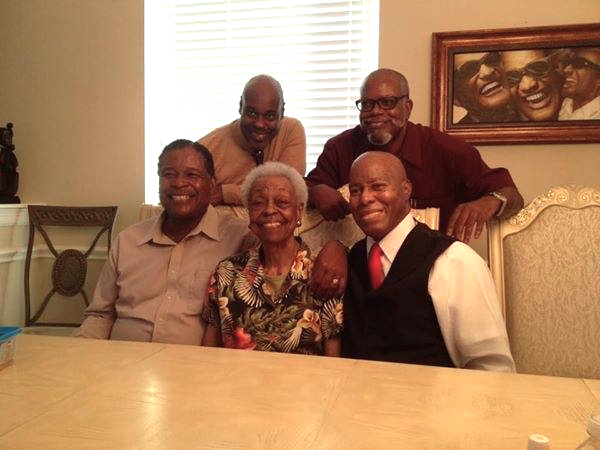 Charles Patrick not only served during World War II and the Korean War conflict, but through the rich legacy of Pastors he left to lead God’s people along a righteous path.

“We always looked up to our father, as much for his stand against injustice as for his military service to our country,” author Mignette Patrick Dorsey said. “This strange mixture of grief and gratitude will take some getting used to.” 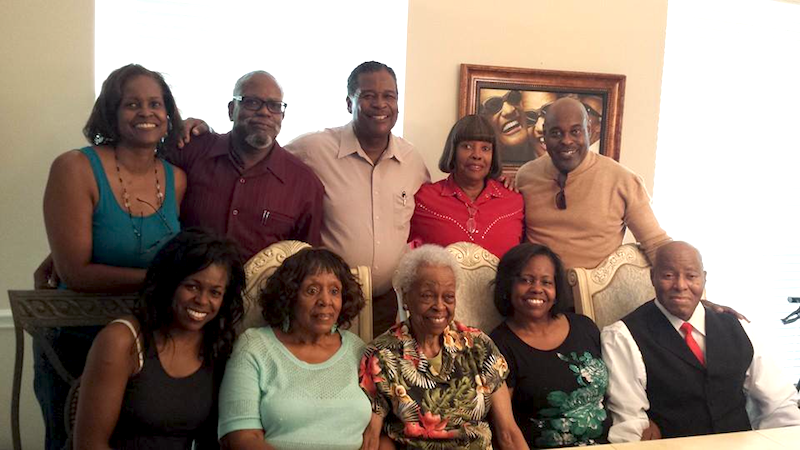 [The 9 Patrick Siblings with mother and widow Rutha Patrick]

Patrick was eulogized at 11 a.m., Nov. 3, 2014 at Southwest Community Christian Center, The Bridge, 14880 Bellaire Blvd., Houston, Texas, 77083. He was interred at the Houston National Cemetery with full military honors.

For more information about the life of Charles Patrick, and the book “Speak Truth to Power” visit http://www.speaktruth2power.com/.

Watch video on the civil rights struggle of Charles Patrick: