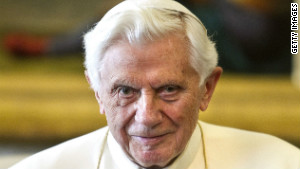 The spiritual leader of 1.2 billion Catholics, Pope Benedict XVI, surprised the world Monday by saying he will resign at the end of the month “because of advanced age.”

It’s the first time a pope has resigned in nearly 600 years.

“Strength of mind and body are necessary, strength which in the last few months has deteriorated in me to the extent that I have had to recognize my incapacity to adequately fulfill the ministry entrusted to me,” the pope said, according to the Vatican.

After Benedict’s resignation becomes effective on February 28, cardinals will meet to choose a new leader for the church

“Before Easter, we will have the new pope,” the Rev. Federico Lombardi, a Vatican spokesman, said at a news conference.

The decision was not impulsive, he said. 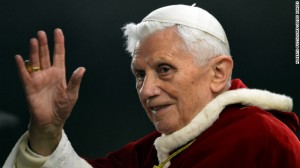 Archbishop Vincent Nichols, the president of the Catholic Bishops’ Conference of England and Wales, said the decision “shocked and surprised everyone.”

“Yet, on reflection, I am sure that many will recognise it to be a decision of great courage and characteristic clarity of mind and action,” he said.

Archbishop Timothy Dolan, president of the U.S. Conference of Bishops, said he was sad to see Benedict resign.

“The Holy Father brought the tender heart of a pastor, the incisive mind of a scholar and the confidence of a soul united with His God in all he did,” he said. “His resignation is but another sign of his great care for the Church.”

British Prime Minister David Cameron said Benedict “will be missed as a spiritual leader to millions. Cameron’s Irish counterpart, Enda Kenny, praised Benedict for decades of leadership and service, as well as his decision to resign.

“It reflects his profound sense of duty to the Church, and also his deep appreciation of the unique pressures of spiritual leadership in the modern world,” Kenny said.

Benedict led the church as it saw declines in his native Europe but expansions in the developing world, including Africa and Latin America.

He also was known for his conservative views on theology and church doctrine.