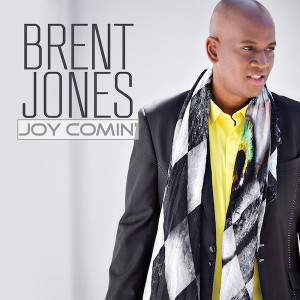 “He Rose” soared 7 spots on Billboard’s Radio Airplay Chart with +84 spins! Now entering his 16th consecutive week atop the Billboard Sales Chart, “He Rose” (from his release “Joy Comin” on EchoPark JDI) is shaping up as one of the biggest hits of Brent’s illustrious career.

Renowned for his mega hits “Don’t Wait Til Midnight” (featuring Coko from SWV) and his urban AC smash “Goodtime”, which topped the Billboard Charts for 47+ weeks and dominated the BET video charts, Brent Jones is back in a big way with the choir anthem “He Rose”.

“I am a choir master at heart& I am just thrilled that churches and radio everywhere have embraced ‘He Rose’ and made it into a church standard” says Jones.

Most known for blazing the path for urban gospel music with his trendsetting group T.P. (Total Praise) Mobb, Brent is super-excited to share the totality of the gift God has given him with this new choir project (Joy Comin’) featuring He Rose. Having served the past decade as youth pastor at the acclaimed Ebenezer AME Church in Maryland alongside Byron Cage and Earnest Pugh, Brent Jones returns from a 7-year recording hiatus with one of the most highly anticipated releases of the year.