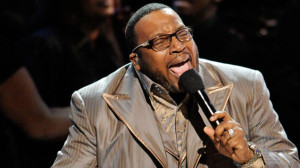 Well ladies you might want to stop trying to be Marvin Sapp’s first lady because he’s had enough!

Sapp took to facebook to address the private messages being sent to his inbox, and the women who are showing up unannounced at his home.

Sapp is taking these matters seriously after missing doctor Teleka Patrick stalked the Pastor for months before turning up missing. The story made national headlines at the beginning of this year. Rumors ran wild, but police cleared Sapp of any involvement. Teleka Patrick’s body was found months later in an Indiana Lake.  The cause of death was asphyxiation from drowning.

Just an update… Teleka Patrick is not still missing. Her body was recovered earlier this year.

Thanks TR it’s been updated.

[…] ALSO READ: Marvin Sapp Pleas for Women to Stop Showing Up at His House! […]