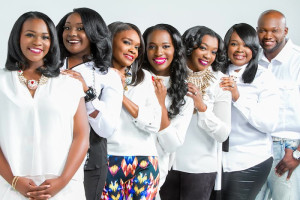 Coming off a sizzling performance during the New Orleans Pelicans and the New Jersey Nets game at the Smoothie King Arena; Gospel Powerhouse group, The Showers, continue to build momentum and gain fans as they move closer to their highly anticipated self-titled sophomore release due out April 21, 2015.

The group currently ranks at #33 on the BDS charts with their single “Better”, which cracked Top 30 on iTunes upon release. The popular single features Gospel superstar Canton Jones and is doing phenomenal at radio and it expected to crack the top 30 on the charts within the next week.

The Showers are not taking anything by chance in the next couple of weeks they will launch a serious social media campaign that will engage their fans to go out and purchase the album in the first three days to receive a special promotional gift; a free copy of “Better” featuring Canton Jones once they pre-order. This will lead up to a power packed weekend for the annual Stellar Awards being held March 26, 2015 in Las Vegas, Nevada. All bets will be on The Showers as they host an advance listening party for the gospel industry elite and tastemakers, Friday, March 27th, make red carpet appearances, present at the event radio show and grace the stage at two impactful events. 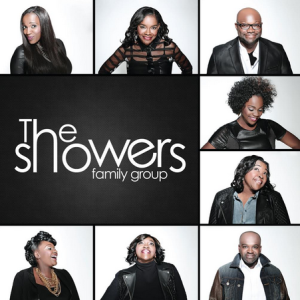 The Showers are coming off a successful full week radio promotional tour throughout the Southeast. During this time they were able to captivate fans and radio announcers alike by sharing their amazing background story. The Showers have been likened to gospel family dynasties like the Clarkes, the Hawkins, and the Winans. They are a group of seven siblings with humble beginnings from a small Louisiana town. The Showers dream big and they are poised to take the gospel industry by storm. In short time the group has appeared on The Word Network, The Bobby Jones Gospel Show, The New Orleans Jazz and Heritage Festival, and the Gospel Goes to Hollywood Pre-Oscar Event.

Check out The Shower’s Music Video for “Better”: