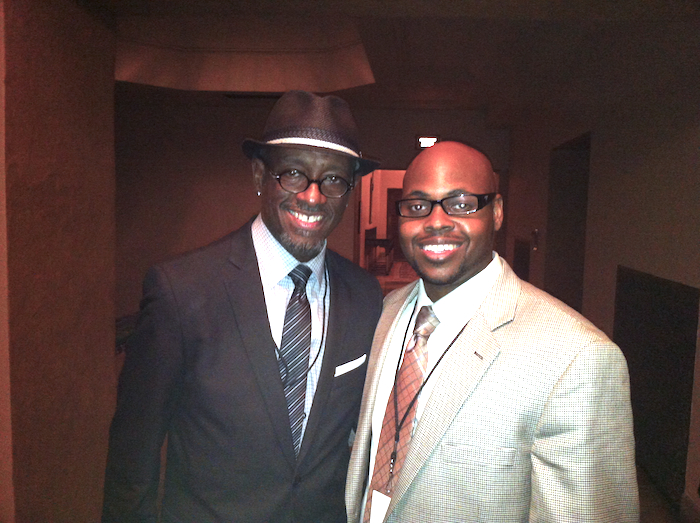 On Sunday evening a special Musical tribute was held for the late Kenny Taylor at Greater First Baptist Church in Washington, D.C. pastored by Rev. Dr. Winston Ridley, Jr. Friends and family members filled the church to capacity along with Kenny’s father and mother, to express their love for someone with an amazing impact on the Gospel Industry.

Just about 30 miles up the road Eric Waddell, one of Kenny’s closest friends and clients also held a very heart felt musical tribute in his honor in Baltimore.

May we continue to keep the family of Kenny Taylor in our prayers and the many friends who dearly loved him.

FROM THE PUBLISHER KRIS PATRICK:

I lost somebody today. He was my good friend KENNY TAYLOR. (This is so hard to write). Anybody connected to Gospel/Christian music will be seeing posts for days about this man. I can honestly say that I would not have been successful promoting Gospel music if it wasn’t for him.

If you saw Kenny at a national conference there would literally be dozens of people that would wait in a line to talk to him. He was a national Gospel treasure, someone EVERYONE knew, and a man that embodied all of what Gospel music is. Gospel fans will only see the artist or the vessel, but never see the people behind the scenes that are single handedly keeping record companies invested in a slumping Gospel industry. 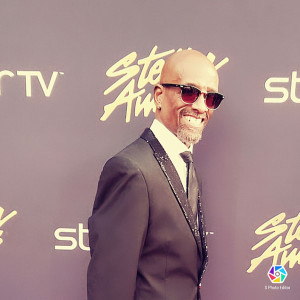 When I started in Gospel in 2005, my second time out collected stories, I ran into Kenny. I knew he was placed in my life for a reason, and just by knowing him I felt like I was connected to the industry. That I was somebody because Kenny Taylor was telling people that I was somebody. I tried to live up to how highly he spoke about me and my Path MEGAzine. He never knew, but sometimes I would go to national conferences just to find him. Because I knew my friend would introduce me to people that were super successful in the industry.

He was never payed what he was worth from me or the hundreds of famous stars and execs that benefited from him. He rarely complained about it, but I’m hoping to honor him today by saying thank you. Thank you for believing in me, when I was searching for the strength to live my dream. I’m so hurt right now. Things will not be the same. Love you man. #RIP

Kenny represented Gospel stars like Dottie Peoples who wanted me to tell readers, “Kenny is going to be missed. He was my right and left hand. When things started changing in the Gospel industry, and radio would hardly play traditional Gospel, it was Kenny who told me to keep going. Kenny loved every artist not just me… Popular and new artists.” Later Dottie joked, “They’ll know him by them long toed shoes he wore” she said with a chuckle.

Kenny Taylor will truly be missed.

Kenny Taylor was a Gospel socialite.  His connections and relationships were second to none, gaining him access to doors few have entered in.  Taylor did radio promotions for some of the most well known artists, and never stopped trying to give exposure to new artists.  Taylor wore many hats, also doing work as a tour manager, booking manager, and event promoter for the company he founded Teemade Productions.  While serving nationally he would always make sure to make it back home to his Washington DC church to play the organ on Sundays.

Taylor was a fixture in the GMWA (Gospel Music Workshop of America), SAGMA (Stellar Awards Gospel Music Academy) among others organizations.  The work he did will live on in the hearts of all the artists, and media outlets he helped to gain recognizable names.