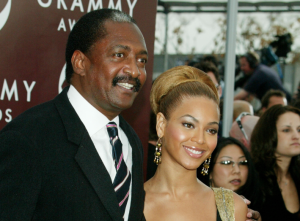 Music mogul Mathew Knowles told Houston’s 97.9 that he’s considering running for mayor. After discussing a playful theory on what caused the rift between Knowles and daughter Beyonce, the interview turned serious as Mathew outlined his motive for running for one of Houston’s top offices.

If Knowles decided to run for office his campaign would be heavily scrutinized after several fairly recent moral failures that includes an affair, a baby out of wedlock, a child support battle, and highly publicized dead beat Dad claim by his ex-mistress.

Knowles’ presumed campaign is centered heavily around his plan for Houston’s entertainment culture.

“I’m unhappy about development of entertainment in Houston as a city; with having no destination point, very few live experiences; not bringing in a lot of the industry (like) MTV awards shows. You know Dallas just recently got country music awards. Look what happened to Austin it changed the economy of the whole city (with) South by Southwest. And it was because city government had a vision.”

“We have a lot of things to be proud of here in Houston…Our energy, our medical center. We have a lot of positive growth, but every major city has to have that infrastructure that includes entertainment to be relevant.”

Houston is currently ran by openly gay Mayor Annise Parker.  Parkers tenure has been met with mixed reviews, as many Christians accuse the lady mayor of forcing laws upon the city that aid the homosexual agenda.

After recently releasing most of the Gospel artists on his Music World Gospel label, Knowles is currently holding workshops on getting into the entertainment business. He continues to manage affairs related to his Destiny’s Child masters, and plans to continue to manage various artists associated with the entertainment industry.

Take a listen to the interview below: